Mark Birchall’s Moor Hall Restaurant with rooms in West Lancashire – has been rewarded with a Michelin Star – just six months after opening. Birchall is the former head chef at L’Eclume and a former Roux Scholarship winner.

MICHELIN judges at the launch event held at The Brewery in London, near the Barbican, described the Moor Hall as the ‘opening of the year.’

In Scotland, Michael Smith earned a Michelin star for his restaurant Loch Bay a converted crofter’s house on the Isle of Skye. He was commended for making great use of the island’s larder.” (see video).

Use of local, seasonal produce and pushing British cuisine by chefs was one of the biggest trends that Michelin has identified over the last year.

Seventeen new restaurants were rewarded with one star in the Michelin Guide Great Britain & Ireland 2018 but only one for the North West and one new star for Scotland. Manchester is still waiting for a Michelin star.

Emma Underwood, general manager of Stockport’s Where The Light Gets In and part of the TMRW Project said on twitter: “Amazing achievement for all those today, but for me a sad lack of casual restaurants awarded and so few outside London.”

Moor Hall Restaurant posted on their Facebook page: “What a day we had yesterday! Achieving a star six months after opening is testament to our wonderful, talented and loyal team. Feeling proud (also someone please send paracetamol).”

Alain Ducasse at the Dorchester, London, was the last person to be awarded three stars (2010). Prior to that, Heston Blumenthal’s Fat Duck won a third star in 2004. Michelin also awarded Claude Bosi’s Bibendum two stars, this year.

Fifteen stars were also removed mainly due to chef changes. However, some of those Michelin chefs have come north making them ‘ones to watch in the future.’

Anton Piotrowski left Treby Arms in Sparkwell, Devon, in March after six years, and is set to open Röski restaurant in Liverpool in December; Paul Leonard left the Isle of Eriska in Argyll & Bute to move to a head chef role at the Burlington restaurant at the Devonshire Arms Hotel & Spa in Bolton Abbey, North Yorkshire and Lords of the Manor in Upper Slaughter saw the departure of executive chef Richard Picard-Edwards in December 2016.

He has recently been appointed head chef at Lartington Hall in Barnard Castle, County Durham.

The first Michelin Guide for the British Isles appeared in 1911. The Michelin Guide Great Britain and Ireland now recommends more than 3,000 places to eat and sleep – including those restaurants and pubs awarded Michelin stars for the quality of their food. 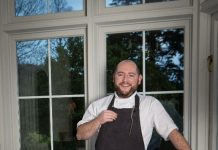 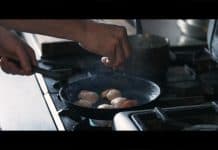 Eating-out 2017: Turkish and Lebanese cuisine set to trend next year