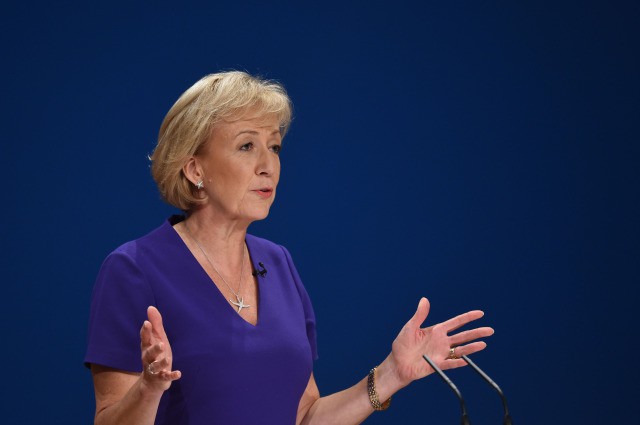 The possibility of tea, biscuits and “British jam” being exported to the likes of Japan may have made headlines following the Government’s post-Brexit food and drink export plan. But what does it really mean for producers and suppliers? Eatnorth gages the trade’s reaction.

THE government wants to increase British food and drink exports by £2.9bn by 2020, with the aim that 75 per cent of this would be to countries outside the EU.

As the UK prepares to leave the EU, its largest trading bloc, the Department for Environment, Food and Rural Affairs (Defra) said this week that “helping current exporters sell even more to a broader range of markets is a priority”.

France and Germany were the only two EU countries identified as priority areas.

In February 2016 Defra said that it would increase food and drinks exports by £6bn by 2020.

But Leadsom, who launched the Food and Drink International Action Plan at Sial, the world’s largest food and drink trade fair held in Paris, downplayed this. She said that the £2.9bn was a more detailed breakdown of the priority markets that offered the best growth potential within the £6bn target.

It expects to raise an extra £405m a year by 2020 from selling beer, pork, seed potatoes and barley seed to China on top of the £280m of food and drinks exports to that country last year.

Jam, biscuits and tea could lead to an extra £185m in exports to Japan, while whisky and gin could produce an additional £215m in exports to Mexico and Latin America, according to Defra.

France, along with the USA, is Britain’s second-largest export market for food and drink after Ireland could yield another £132m of exports.

An additional £579m in exports to the USA and Canada assumes, in part, the resumption of beef and lamb exports to the US. A two-decade ban (due to Mad Cow disease (Bovine Spongiform Encephalopathyor, BSE) was lifted in 2014. But to date, there is only a draft agreement to reinstate this. The market is said to be worth £35 million a year.

Defra’s plan is the latest in a series of initiatives aimed at boosting the UK’s food and drink exports. Britain lags behind France and Germany, which both export more than double the value of food and drink compared to the UK.

At present, only one in five British food and drinks companies’ export at all, and just 19 per cent of the industry’s turnover comes from exports, Defra said.

Britain’s most valuable export within the industry is whisky, which raised £3.94bn in export sales last year. Chocolate, beer, cereal and salmon are other top exports.

Of its top 20 markets, £9.4bn of the industry’s exports went to EU countries and £4.3bn to non-EU countries.

The new International Action Plan for Food and Drink – to be marketed under the ‘Food is Great campaign and led by Defra, Department of International Trade (DIT) and the Great British Food Unit will see Government and industry working together to boost food and drink exports.

The government will provide business support, mentoring and training to new companies seeking to tap export markets for food and drink, as well as helping existing exporters to beef up their trading operations.

“With over £10bn worth of food and drink sold overseas in the last seven months and exports up almost six per cent compared to 2015, there is no doubt we are open for business and ready to trade,” said Leadsom, positively.

“Our food and drink is renowned for having the very best standards of animal welfare, quality and safety and I want even more of the world to enjoy what we have to offer.”

But, there have been concerns that the UK may be exposed to cheap food imports from countries with lower welfare and health standards due to post-Brexit trade deals.

Leadsom said that Scottish salmon, British beef and lamb, Scottish whisky and English cheese are already well-known globally and she wants to build on this success by helping even more companies send their top quality food and drink abroad.

And that the UK will also promote its “culture” to tourists, who may continue to come in their droves as long as the pound remains weak against the dollar. This will include traditional institutions such as the Great British pub and afternoon tea – to the “creativity of the UK’s many Michelin-starred chefs.”

British pubs are listed as the fourth most important activity for visitors to do when they come to the UK and distilleries in Scotland attract some 1.5m visitors a year.

“We plan to raise the profile through Food is Great events via trade, tourism, consumer, link ups with embassies,” the plan said.

The trade bodies representing food and drink and hospitality are so far in favour. The devil will be in the detail when the Government presses the button on Article 50.

Ian Wright, director general of the Food and Drink Federation, said: “Export growth is hugely important to our sector. We hope that the action plan will open more channels and provide direct support to new and existing food and drink exporters.”

“Single market access is the one thing the agricultural and the food and drink sector say to me all the time.”

Dawn Goodwill-Evans, senior business development manager at Northumberland County Council, charged with raising the profile of Northumberland products via the Produced in Northumberland logo urged the government not to go for “easy wins” such as just promoting Scottish, Welsh, Yorkshire or West Country regional produce.

“Northumberland has fantastic products but it’s just emerging. It’s the lesser known areas that need the help and expertise to export to new markets. There is definitely opportunity and we have the room to expand,” she said.

Goodwill-Evans raised concern for one of Northumberland’s langoustine producers who exports to Europe. “They will need to identify new markets as Europe is already working for them,” she said.

“We need a full range of meetings with the UK trade and business advisor people. The producers will also need help with packaging and advice on how to distribute nationally never mind internationally.”

“Theresa May’s Government will also need to ensure there are enough people on the ground who can promote the products in a similar way to what Nicola Sturgeon, First Minister of Scotland, has done for Scotland.”

The action plan noted the work being undertaken by trade bodies including the Wine and Spirit Trade Association (WSTA), the BBPA and the Scottish Whisky Association (SWA) to build on previous export success to identify target markets and break down barriers.

The SWA and Scotland Food and Drink have developed an Export Collaboration Charter to help others develop markets around the world. This involved agreeing 10 commitments to encourage the sharing of best practice, knowledge and networks across Scottish food and drink.

The SWA said: “We worked with Defra on its development and we will support its implementation. “Scotch whisky exports are worth about a quarter of total UK food and drink exports. It’s good to see the Government’s commitment to continue to drive up exports from this sector.”

This was echoed by the chief executive of the WSTA, Miles Beale: “The WSTA was extremely proud of working with the Government to highlight the quality of British wines and spirits. “

The BBPA has responded by refreshing its own sector specific export strategy originally published in 2013. It will be published later in the year.

Brigid Simmonds BBPA chief executive said: “There is a tremendous appetite for British beer across the world, which seems to grow every year, with great quality and strong diversity from our brewers.

“The challenges of Brexit will be felt in the coming years, however, and it is vital that the UK seizes every opportunity to increase exports, with tariff-free access to EU markets, and no red tape for exporters, helping the UK food and drink industry to continue to build on their existing export success.”

Tell us what you think. Can you see an export opportunity for your product? 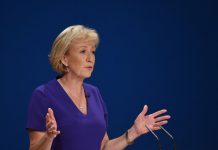 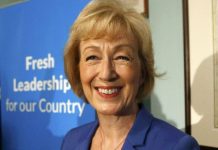 Fancy a cuppa? Make it herbal…