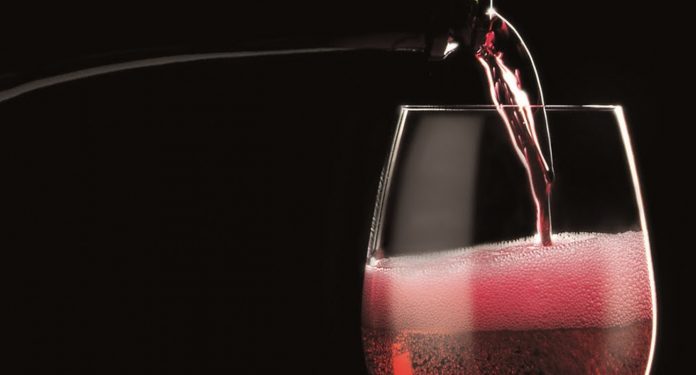 RESTAURANTER Antonio Carluccio is behind the comeback after stocking the tipple at his restaurants.

The drink was a huge hit in Britain in the 1970s, when it was seen as a ‘stylish import’ – and was among the most popular imported wines to the UK.

But its popularity faded in the coming decade and by the mid-to-late 80s, Lambrusco was out of favour.

However, the wine is seeing a resurgence after it began to shed its 70s image and is now being given glowing reviews by food and wine critics.

Lambrusco, produced in northern Italy – Parma and Modena – is made from a red grape and the most highly-rated vintages are the frizzante (slightly sparkling) bottles – although white and rosé wines are also available.

The wine has shed its ‘light and sweet’ image, and bottles are now being produced which are ‘more complex and drier’; with wine writers saying the wine can be ‘pleasantly dark, bitter, and fragrant’.

Moving with the times, Carluccio’s – which has 100 restaurants in the UK – has now added the wine to its menu after head wine buyer; Michael Stocks decided it was back in vogue.

“Lambrusco, the darling of 70’s dining culture, has been specifically chosen for its lighter style, a mix between a dark rosé and a light red traditionally served chilled,” said a Caluccio spokesperson.

“Unlike the more commercial Lambrusco that has earned a bad reputation, this selection has more depth of flavour and a great balance of soft fruit with a crisp acidity and a touch of soft tannin, hence perfect with hams, salami and cheese.”

Enforcement data from the Food Standards Agency shows that 23,056 businesses were subject to varying levels of food standards warnings in 2015-16.

The increase follows the introduction of more stringent laws around the display of allergy information on food labels which came into force in December 2014. 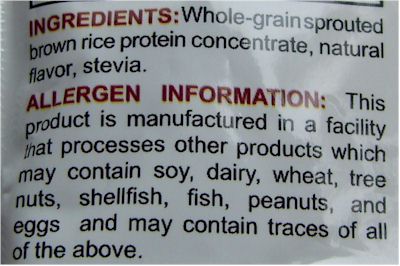 These laws are set by the European Food Information Council (EUFIC), a non-profit organisation that seeks to improve food safety across the European Union.

Food labels must now display information on 14 different allergens including celery, soya and cereals containing gluten as well as things like nuts and shellfish.

As many as 22,717 establishments were given written warnings for failing to comply with food standards last year, an increase of 56 per cent. A further 129 were given cautions while 210 were subject to more serious punishment such as prosecution or having food confiscated.

Glaswegian–based French brasserie caters for those with irritable bowel syndrome

IBS is a common, long-term condition of the digestive system and can lead to episodes of stomach cramps, bloating, diarrhoea and constipation for those who live with it. 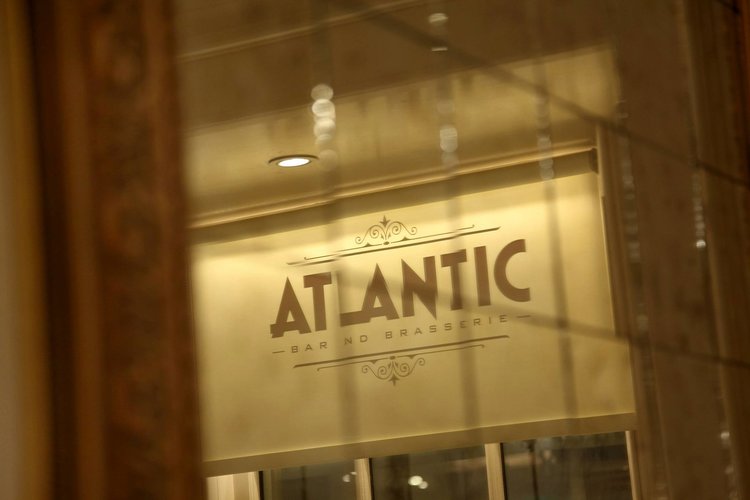 The brasserie took the decision to offer IBS friendly food following an approach by Glasgow dietitian Lesley Reid, an IBS sufferer herself.

The menu consists of learnings from the low FODMAP diet, short for Fermentable Oligosaccharides, Disaccharides, Monosaccharides and Polyols.

This evidence-based diet, created by Monash University in Australia and Kings College in London, involves restricting foods believed to cause IBS flare ups, such as wheat, onion, garlic, milk, certain fruits and lentils.

The menu, created by the chefs from the brasserie include sautéed Barbary duck breast, seared Scottish scallops and banana and vanilla pudding, chocolate mousse, lemon sole, blueberry, lemon and raspberry sorbet with an almond biscuit base.

The only criteria is that diners book in for the IBS menu 24 hours in advance to give the chefs time to prepare it.

IBS is thought to affect up to one in five people at some point in their life, and it usually first develops when a person is between 20 and 30 years-old. Around twice as many women are affected as men.

THE move follows extensive redevelopment of an old building on the High Street in Uppermill, Saddleworth.

Norbury played Riley Costello in the Channel 4 soap. It was his family that initially snapped up the neighbouring Muse cafe as an existing business 18 months ago. Norbury bought the empty building right next door as soon as it went up for sale, according to the Manchester Evening News.

He has transformed it into restaurant with a stylish warehouse feel, a bright and airy glass canopy room and splashes of quirky neon and retro posters.

BRAZILLIAN restaurant and bar Favelas on Hilton Street in the Northern Quarter is to launch a full cocktail and food ‘bug’ menu on Friday (25 November 2016), complete with a carnival themed launch party featuring a Brazilian band and samba dancers.

One example of a dish on the menu is the tarantula gaucho burger, complete with green lettuce and red tomato and egg on top and a tarantula resting on top of this egg.

Other dishes include fish cakes with poached egg and mealworms, cricket tacos and the possibility of deep fried tarantula served with a spicy dip.

Arla responds to the trendy resurgence of organic in UK

THE farmer-owned dairy company is responding to the resurgence of organic products in the UK with the launch of its first branded organic product, Arla Organic Farm Milk.

The Soil Association that certifies over 70 per cent of all organic products sold in the UK, indicates an increasing consumer push for organic produce in 2016.

A recent Rabobank report also states: “Food producers should increase their focus on organic, through new products and brands, or through the reformulation of existing products to help grow their top lines.

“This transition will also help them to position themselves as ‘responsible businesses.” 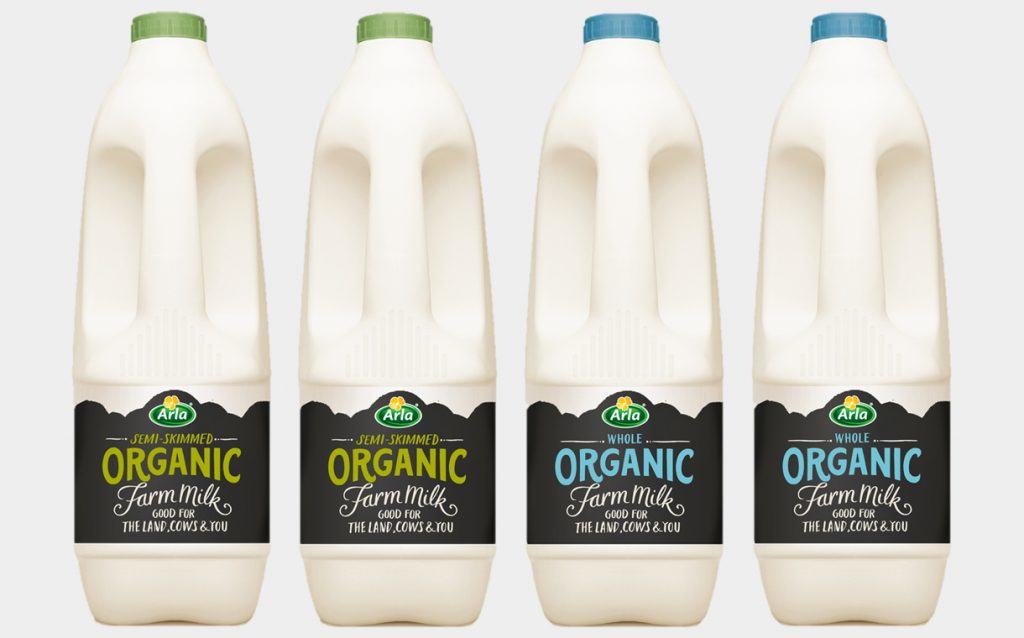 Arla is the world’s largest producer of organic dairy products, with its farmers providing around 700 million litres of organic milk each year, including the UK, where it already produces own-label organic milk, cheese and butter.

SO far this year, the company’s four-hour venture through Belfast has already attracted more than 2,000 visitors.

Belfast Food Tour was given the accreditation under the Tourism NI grading scheme designed to provide visitors with information on the quality of the region’s tourist attractions.

To achieve a star rating, experiences are subject to an unannounced mystery assessment and are marked across six categories. 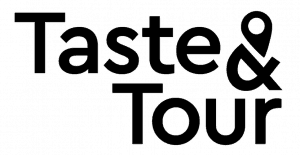 “Within the four-hour walking Belfast Food Tour, visitors have over 20 opportunities to experience and sample our local produce and are involved in talks and demonstrations from local artisans and producers, encouraging sales and repeat usage.” 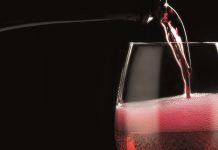 Yorkshire’s top chefs to cook up a storm at Rudding Hall...