TRUFFLES, once the preserve of fine diners and connoisseurs, will soon be within reach of even the most modest culinary budget.

Steady rain in Alba has led to the growth of more white truffles and “truffle mania” is set to spread across Britain as the price of the luxurious food plummets, experts have revealed.

The prized fungi, which are foraged not farmed, are usually in season from November until January but this year they were ready as early as September.

The bumper harvest means prices have dropped by around 30 per cent, with £86 (100 euros) now buying around 72 grams, compared with 52 grams last year.

Some chefs believe the low prices will mean restaurants will start using truffles in basic dishes, making them available to a wider variety of customers.

And if the weather conditions carry on truffles will become more common. However chefs warn that the price of dishes will very likely remain unchanged.

White truffles usually grow around oak, hazel, poplar and beech trees and are used in a variety of dishes including luxurious pasta sauces, beef carpaccio and in risotto. They can reach up to 12cm in diameter and can weigh 500 grams, but are usually much smaller.

They have previously been described as ‘the diamonds of the kitchen,’ with part of their value coming from the fact they can only be foraged, instead of farmed. Truffle hunters use dogs to sniff out the treat, with many keeping their location a secret in a bid to ward off competition.

Bocca di Lupo restaurant in Soho now allows customers to bring their own – much like ‘bring your own bottle’ with alcohol – to eat alongside dishes, while other pop-up restaurants serve the treat in cheap ‘tapas-style’ dishes alongside sparkling wine.

UK curry houses have been hit with a double whammy thanks to the Brexit vote and the falling pound.

UK Indian restaurants and Indian food manufacturers, who import spices and other ingredients from abroad, are forced to raise prices in the industry worth £4 billion to the British economy.

The majority of curry houses voted for Brexit believing an exit from the EU would enable them to recruit chefs from the Indian subcontinent who are subject to tough visa restrictions, according to the Hindustan Times.

The restaurant owners claim that the Brexit leave politicians promised curry houses would be saved if they voted to leave. But it appears it is not on the agenda of the Theresa May government.

“Everything has gone up. Milk, eggs, spices, meat, you name it. We are getting hammered. How do we cope and who do we keep charging this to? Minimum wage is up, taxes are up. The government just doesn’t care about small businesses,” said chef Cyrus Todiwal.

Leicester-based Uday Dholakia, chairman of the UK government’s Trade Facilitation Expert Panel, said the hike was mainly in prices of ingredients such as peanuts, cashews, black pepper and key spices.

“The double whammy of the falling value of sterling of some 18-20 per cent and added to this the hike in raw material has meant an average increase on some 40 per cent on consumables. This in turn has triggered a levelling off in growth, rise in price of borrowing working capital and rise in inflation,” he said.

“All the leading manufacturers in the UK have a dilemma, in that they are locked into the pre-Christmas pricing with multiples and cannot pass the increase onto consumers, nor can they discriminate by hiking prices in independent outlets.”

Associated British Foods, the foods major that owns Patak’s, popular curry pastes, pickles and sauces brand, said prices will rise since some goods such as spices for its pickles and sauces had to be bought abroad and the pressure for price inflation was increasing.

JD Wetherspoon has sold five of its nine pubs in Northern Ireland to The Granny Annie’s Group. These include Old Courthouse in Coleraine, The Spinning Mill in Ballymena, The Linen Hall in Enniskillen, and two Londonderry pubs. The amount paid by Granny Annie’s has not been disclosed but it is thought to be in excess of £3 million.

The Granny Annie’s Group operates three pubs – in Londonderry, Limavady and at the former Victoria’s in Chichester Street, Belfast. It is run by Limavady brothers Willis and Ryan McLaughlin. JD Wetherspoon founder and chairman, Tim Martin, said staff at the pubs would be transferred to the new owner and there would be no job losses.

Wetherspoon will continue to run its pubs in Belfast, Newtownards, Carrickfergus and Lisburn. The company aims to open two new pubs in Belfast – at a former JJB Sports store in Royal Avenue and a former Methodist Church in University Road. JD Wetherspoon said it intends to spend more than £4.5m and create 100 jobs across the two developments. In addition, it has submitted planning permission to develop a beer garden at The Bridge House in Belfast.

NEARLY 40 per cent of Scottish pubs, clubs, restaurants and hotels have a seen a decline in sales in the third quarter of 2016.

Trade bosses warn hundreds of outlets could face closure next year unless radical change is made to the way business rates are calculated for the industry. Publishing its latest quarterly business insight survey, the Scottish Licensed Trade Association (SLTA) said outlets across Scotland continue to face “very difficult trading conditions”. The survey, based on responses from more than 700 businesses, ranging from city centre bars to rural outlets, found nearly four-fifths (39 per cent) said turnover was down compared with the third quarter of last year. Around 13 per cent reported sales were down by more than 10 per cent, while one-third (33 per cent) said their sales position had not changed.

The SLTA speculated that sales were found to have radically fallen in light of the reduction in the legal drink-driving limit and said the pressure on operators from the introduction of the National Living Wage in April. It warned that the forthcoming revaluation of business rates will have a devastating effect on the industry.

It has long argued that the method used to calculate rates for pubs, which takes account of turnover, puts the industry at a disadvantage to other sectors. SLTA chief executive Paul Waterson told Herald Scotland: “Our message is simple – the 8.5 per cent of turnover we pay in rates has got to be reduced, and it has got to be halved. I don’t think there is any doubt that any increase in rateable values will be the death knell for many hundreds of pubs in Scotland.” According to the survey, 25 per cent of respondents were unaware of the business rates revaluation, which is due to take place next year after being postponed in 2015 to allow the Scottish government to complete its review of the non-domestic rates system.

Mintel forecasts 2017 as a ‘year of extreme food trends’

THE hospitality industry has opportunities to provide customers with more functional food and drink designed for evening consumption and affordable healthy food for low-income consumers, according to new research.

Highlighting key trends set to impact the global food and drink market in 2017, Mintel said 2017 would be a year of extremes, from “ancient” products – grains, recipes, practices and traditions – to the use of technology to create more and better-tasting plant-enhanced foods.

Mintel’s global food and drink analyst Jenny Zegler said: “People are seeking the safety of products that are recognisable rather than revolutionary. The trust in the familiar emphasises the opportunity for operators to look to the past as a dependable source of inspiration such as ‘ancient’ product claims. Potential also exists for innovations that use the familiar as a base for something that’s new but recognisable, such as cold-brew coffee.

In 2017, the food and drink industry will welcome more products that emphasise plants as key ingredients to align with consumers’ nearly omnipresent health and wellness priorities.

More retailers and restaurants are addressing the sheer amount of food and drink that is wasted around the world, which is changing consumer perceptions. In 2017, the stigma associated with imperfect produce will also begin to fade.

Time is an increasingly precious resource and our multi-tasking lifestyles are propelling a need for short-cut solutions that are still fresh, nutritious and customisable. In 2017, the time spent on – or saved by – a food or drink product will become a clear selling point, inspiring more products to directly communicate how long they will take to receive, prepare or consume.

The increasingly hectic pace of modern life is creating a market for food and drink that helps people of all ages calm down before bedtime, sleep better and restore the body while they rest. Many lower-income consumers want to improve their diets but the access to – and the cost of – healthy food and drink is often an impediment. More campaigns and innovations are to be expected that will make it easier for lower-income consumers to fulfil their healthy ambitions.”

THE Grade II-listed Washington hotel in Llandudno, Wales, is set for a £1.5 million refurbishment after being acquired by the Welsh restaurant chain Dylan’s.

Dylan’s, which has two restaurants in North Wales in Menai Bridge and Criccieth, plans to open a third restaurant at the venue. The venue was formerly a nightclub until it closed down in 2012.

The refurbishment is planned to start before the end of the year, with the site expected to create up to 40 jobs when it opens late spring 2017.

Dylan’s director David Evans told the Daily Post: “We are confident that we can secure the funding required to meet our opening date target. As with our Menai Bridge and Criccieth restaurants, this will combine menus featuring local seafood and seasonal produce, a warm and friendly service and a unique, waterside location.”

Manchester chef and restaurateur in battle to keep business afloat

CHEF and restaurateur David Mooney is to “completely re-evaluate” his Manchester-based restaurant, Beef & Pudding, following a series of closures of sites that used to form part of the New Moon Pub Company.

Beef & Pudding on Booth Street will continue to operate until Christmas but will then review operations in January according to Mooney, whose new company Carrwood Catering bought several sites from the in-administration New Moon Pub Company.

Mooney and business partner Paul Newman launched the New Moon Pub Company in 2011 but Newman left in September 2016 at around the time it entered administration.

Debts owed across the four businesses include over £70,000 to R Noone & Son, a Manchester-based fruit and vegetable supplier; almost £60,000 to Hogans Butchers in Liverpool; over £51,000 to Westport Foods, a fish and seafood supplier in Staffordshire; and £500,000 to Natwest bank, according to Caterer and Hotelkeeper.

Mooney said he hoped to with work with out-of-pocket suppliers to help them to regain what they were owed over the next six to eight years.

Casa Matta near Northwich, the Mockingbird Taproom in Chester and the Bronx bar in Knutsford have all closed in recent months.

Beef & Pudding along with the Lord Binning, the Old Blind School in Liverpool, the Old Sessions House in Knutsford, and the Montgomery pub and kitchen in Eastham Village on the Wirral all continue to trade under Carrwood Catering. 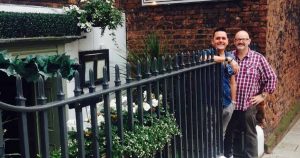 Sodexo has revealed an overall gender pay gap of 7.65 per cent after carrying out an audit of more than 38,500 employees across the company.

According to the latest figures from the Office for National Statistics (ONS), the national gender pay gap in the UK stands at 18.1 per cent.

Sodexo has published figures five months ahead of the launch of new government legislation for transparency into gender pay equality. 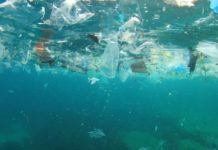 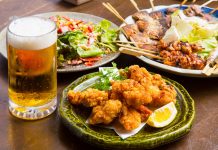 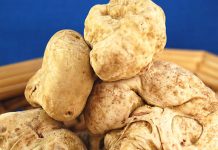