GINO D’Acampo is to launch his My Restaurant brand in Leeds following the success of venues in Manchester and London.

The chef first made his move into premium casual dining when he teamed up with friend and business partner Steven Walker, founder of Individual Restaurants.

The new restaurant will be situated on Park Row, opposite Jamie’s Italian, and will be open seven days a week, serving lunch until late.

The two-storey restaurant will boast an open kitchen, lower ground cocktail and wine bar and an eat-at deli bar.

The chef plans to use his contacts from across Italy to serve well sourced, seasonal and artisan ingredients.

The Leeds site earmarked for Gino D’ACampo is currently home to Piccolino, which is set to relocate to a larger venue in the city, with more details to be announced later this month (October).

Founded by Walker, Individual Restaurants is one of the UK’s most successful restaurant groups and behind brands including Piccolino, The Restaurant Bar & Grill and Bank Restaurant & Bar.

THE all-day Townhouse, launched last week, transforms itself from a breakfast location to brunch restaurant and then chic bar.

The Grade II listed building has been designed by Lee Birchall from DV8 Designs that also designed The Old Blind School and Archies.

The breakfast menu features favourites such as eggs benedict, pancakes and Stornoway black pudding as well as the more simple options such as granola and pastries.

From 11am brunch dishes are served and include shin of beef with kale and carrot celeriac, hake fillet with spinach hash, avocado, chilli and chorizo and rumpette straw fries with béarnaise sauce.

It is also the first venue in Liverpool to serve breakfast ‘afternoon tea’ called the Towerhouse Tier which features breakfast favourites in the style of afternoon tea.

And by night, it turns into a bar serving an extensive list of drinks and cocktails.

Owner and Director of Castle St Townhouse , Jason McNeill, told Liverpool Echo: “Our culinary offering, devised by Head Chef Martin Simm, is made up of a range of quintessentially British flavours paired with contemporary ingredients to create novel future classics and is inspired by the ritual of taking brunch at any time.

LLANGOLLEN’S Wild Pheasant hotel in North Wales, has been bought out of administration for the second time, this time by expanding hotel group Everbright Lodge off an asking price of £2.25m.

The 46-bedroom hotel first went into administration in 2011 after Llangollen Hotels, run by recently deceased former hotelier Stephanie Booth, accumulated substantial debts. It was bought for £2.1m out of administration by O&S Hotels in 2012, however went back into administration last month due to “health and safety concerns” and all staff were made redundant.

Liverpool-based Everbright Lodge, which also owns Rossett Hall hotel in Wrexham, is planning a major refurbishment programme of the property, including improvements to the bedrooms, bar, restaurant and function rooms.

The refurbishment is due to start almost immediately with the hotel scheduled to reopen in early November. A staff recruitment process will be starting in the next couple of weeks.

VISIT England has revealed that Brits spent a record-breaking £5.5b on day trips across England in August; the highest spend recorded for a single month since the survey began in 2011.

August also saw the highest number of day trips taken in any month since 2012, with 151 million day trips across England, up 14% on August 2015.

The figures bring overall domestic tourism day trips in England from January to August to 988 million, up 14% on the same period last year. Spend is up   9% to £32.2b, both records for a first eight months of the year.

North-east England saw the largest percentage increase (34%) in the number of day trips January to August with 52.8 million trips, compared to the same period last year, followed by the West Midlands with 95.1 million trips, up 30%.

The East Midlands saw the largest spending percentage increase, with day trippers spending £3b from January to August, up 31%, followed by the South East, up 29% to £5.6b. London had the largest spend on day trips overall with £7.3b.

In September, UK Prime Minister Theresa May launched a ‘Tourism Action Plan,’ underlining the Government’s commitment to the continued success of the tourism industry, which last year generated £22.1 billion in spending from inbound tourism to Britain and £19.6 billion from domestic overnight tourism spend in England, both record results.

PROVISIONAL figures from Cumbria Tourism have revealed record occupancy figures for the county’s accommodation providers during the past three months.

Overall occupancy in Cumbria was the highest for a decade in June at 73.6%, despite severe flooding in December leading to a “collapse” in forward bookings across the region.

Self-catering performed particularly well, with occupancy of 80.4% in July – the first time it has topped 80% since the survey began more than ten years ago – and 87.1% in August, the highest occupancy during the month for eight years.

Serviced accommodation occupancy was also slightly up on 2015 in July and August.

Rusk & Rusk to launch The Spanish Butcher concept in Glasgow,

INDEPENDENT restaurant group Rusk & Rusk is set to launch The Spanish Butcher, in Glasgow this November, the group’s third venue in the city.

The new 3,600 square foot venue in Miller Street in the city centre will feature a 100-cover restaurant with a wine and cocktail bar, creating 40 jobs.

The menu will feature high-grade Galician beef, Iberico ham and fresh seafood alongside a wide selection of Spanish wine, beer and cava.

James Rusk told Glasgow Live: “We are well known in Glasgow and beyond, for serving the most flavoursome cuts of Scotch beef. With The Spanish Butcher we are taking this approach further afield, introducing a very different flavour profile.” 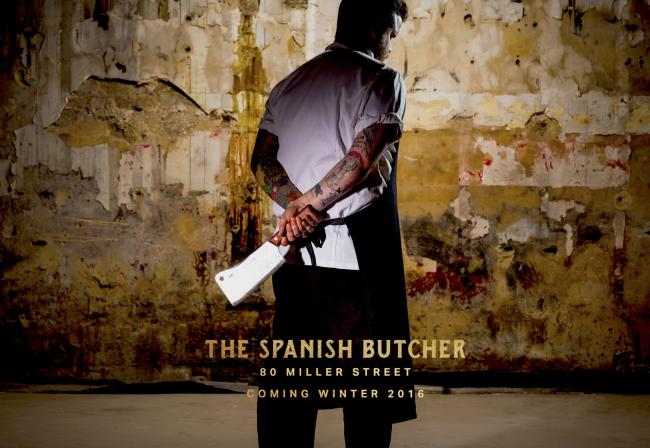 CHESTER-based Italian restaurant La Fattoria is eyeing expansion with a sister site in the city. The company has submitted a planning application to Cheshire West and Chester Council to turn a Co-op food store in Faulkner Street in the suburb of Hoole into a 70-cover restaurant.

The landlord has already been granted permission to change the use of the site from retail to restaurant after the chain store disclosed it would not extend its lease. La Fattoria has offered traditional Italian fare from its Lower Bridge Street home since 2007.

Its owners have submitted a design for the new site by Andy Foster Architects. As well as the restaurant, the company has applied to construct a reception, waiting area, bar and feature pizza oven, the Chester Chronicle reports.

PHIL Melia, whose background is in interior design businesses, is launching Verdant this month in Allerton Road, reports the Liverpool Echo.

It will seat 60 to 80 people and will serve breakfast, lunch and dinner as well as hot drinks and cocktails. The a la carte menu will offer traditional French-Mediterranean cuisine with a modern twist. 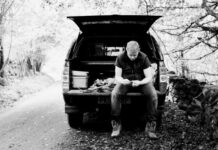 Whisky distiller Iain Robertson: “We are proud to create a young...