Michael O’Hare to open Rabbit in the Moon at the National Football Museum.

MICHAEL O’Hare – owner of the Michelin-starred Man Behind the Curtain in Leeds – plans to launch a new restaurant at the National Football Museum.

The restaurant, Rabbit in the Moon, will be situated on the fifth and sixth floors of the museum. It will be headed up by Luke Cockerill, current chef at Man Behind the Curtain.

Neville and Giggs also plan to take over the management of the other restaurants within the museum.

The partnership with the National Football Museum will also see the launch of a new Cafe Football, similar to the Cafe Football that that GG Hospitality already runs in Stratford, London.

HERITAGE Portfolio has won the contract to run the café, restaurant and events for V&A Museum of Design Dundee.

The caterer, based in Edinburgh, will operate all catering in return for handling over 15% of net sales to V&A Dundee.

The company that beat 17 other businesses to the five-year deal will run a café in the main hall, a restaurant with outdoor terrace overlooking the River Tay, and series of event spaces in the museum.

Philip Long, director of V&A Dundee, said: “Heritage Portfolio will help us to develop V&A Dundee as a food destination.

“It’s very important to V&A Dundee that our catering partner can look after all of our visitors, from healthy children’s meals to after-work drinks, from business events to celebrations, and run this business sustainably to support the museum and the new jobs this partnership will create.”

Mark Miller, executive director of Heritage Portfolio, said: “We’re delighted to be joining Dundee’s emerging restaurant scene. There are some fantastic local produce and we are looking forward to creating great dishes so that the residents of Dundee and further afield can enjoy delicious home-grown food in spectacular surroundings.”

THE number of upmarket and casual dining restaurants in Manchester has doubled in just five years, according to Savills.

It puts the total number of restaurant units in the city at 150.

Around 30 new restaurant brands in the casual dining and upmarket segments have opened in the city since 2012 with 14 arriving since the start of 2016, according to the firm’s analysis.

El Gato Negro, Grafene and Busaba are among the new arrivals of the past 12 months.

In total, there are now more than 540 leisure units, including restaurants, bars, cafes, cinemas and other entertainment venues. Savills said that looking at the leisure market as a whole, a total of 70 new operators have arrived in Manchester since 2012, including 26 which have opened this year.

More development is on the horizon:

The most attractive locations for major restaurant operators are Deansgate, the Corn Exchange, Spinningfields, Piccadilly and King Street, according to Savills. Independents continue to favour the Northern Quarter.

Government clamps down on size of ‘unhealthy’ puddings

HIGH street restaurants have been warned by the government to cut the size of their unhealthy puddings or risk being named and shamed.

Some of the UK’s biggest chains such as Pizza Express, Gourmet Burger, Starbucks and McDonald’s have been told to cut sugar levels and reduce the size of desserts, cakes and pastries.

The move is part of a government drive to tackle obesity.  Health secretary Jeremy Hunt has told restaurants that they must do more in the fight to keep the nation healthy.

“Going out to eat is no longer a treat,” he said.

“It’s a regular habit for many families and is contributing significantly to the extra calories and sugar that we all consume on a daily basis. ‘We can’t ignore the changing habits of consumers.

“This means we expect the whole of the out-of-home sector – coffee shops, pubs and family restaurants, quick service restaurants, takeaways, cafes, contract caterers and mass catering suppliers – to step up and deliver on sugar reduction.”

A new website will tell consumers if restaurants are meeting the government’s plans and name those who aren’t.

Its media arm, which makes a host of popular shows, including Jamie’s Super Food and Cheryl: Access All Areas, is back into the black with a £1million profit.

Last year, the company reported a £9.8million loss but its new chief executive Paul Hunt, (Oliver’s brother-in-law), launched a strategic review of the business and decided to close the Recipease cookery schools.

During the year more than 1.7million Jamie Oliver books were sold and a record number of diners ate in one of Oliver’s 45 UK restaurants. He has also launched 22 eateries abroad in Australia, South East Asia, Hong Kong, Brazil, Indonesia, Netherlands, Canada and India.

LEONARDO Hotels is opening its second UK hotel in Edinburgh on 7 October 2016.

The new 282-bed centrally-located Edinburgh hotel will be at a former Premier Inn. It will also include four function rooms and a conference centre.

Leonardo Hotel group launched a hotel at London Heathrow Airport in March 2015, the brand is also continuing with its European expansion.

Leonardo Hotels is the European division of Fattal Hotels Group, founded by David Fattal in Israel. It has 65 hotels in more than 35 destinations including Germany, Austria, Switzerland, Belgium, the Netherlands, Spain, Czech Republic, Hungary as well as Italy. 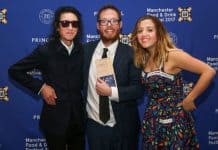 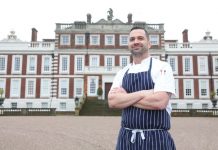 Cooking in a stately home – chef Paul Macnish reveals all… 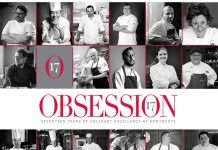 Sample a box of gin whilst watching a film about gin...