THE Federation of Small Businesses (FSB) is calling for schools to push apprenticeships rather than urging students to take up the traditional route of A ‘Levels and university.

“Employers (across all sectors) are starting to see the value in modern apprenticeships, and our research indicates many would rather recruit them ahead of any other educational discipline,” Robert Downes, FSB development manager for Manchester & North Cheshire, told Eatnorth.co.uk.

“54% of employers surveyed by the FSB said they see more value in taking on an apprentice than a college A’Level or graduate. Therefore, schools need to play catch-up with employers. Too often, when talking to school pupils, I have found that schools mention apprenticeships only as a fall back.

“the university rite of passage of the 80s and 90s days are long gone. The government has pulled the rug on that. But it will take some time for the generational mind-set to change and move back to vocational training.”

The study commissioned by FSB, within Manchester and North Cheshire, showed business leaders across different sectors regarded apprenticeships positively with 67% of the 180 surveyed indicating that they were ‘fairly positive’ about apprenticeships. 15% were ‘very positive’ and by comparison only 15% said they were ‘fairly negative’. Only 3% responded as ‘very negative’.

The research follows Friday’s publication of the Government’s proposals for how the new funding arrangements for apprenticeships will work under a reformed apprenticeship system.

Firms with fewer than 50 employees that take on a 16-18 year old apprentice will not be required to make any financial contribution towards the cost of training employees up to the age of 23.

Businesses which take on younger apprentices will also benefit from a cash incentive of £1,000 per apprentice.

However, the government plans to implement an Apprenticeship Levy from April 2017. Employers will pay 0.5% of their payroll over £3m on a monthly basis and the government will also top up the funds by 10%.

This means the first payment for employers will be in May when they will be able to purchase training, with a registered training provider, through a new digital system.

The Levy can be used to fund apprenticeships for new or existing employees of any age or position, as long as there is a need for training.  Non-Levy paying businesses with over 50 employees, or employers who wish to spend more on apprenticeships than their Levy fund, will be asked to make 10% a contribution from May onwards.

Jill Whittaker, managing director of HIT Training, said: “This is effectively a game changer in the way apprenticeships are administrated and will give employers more influence and flexibility when it comes to the qualifications they offer. Love it or loathe it, it is now a reality. Yes, it will be a big financial investment for many businesses, but used judiciously it will offer a great opportunity for employers to up-skill their whole team, from new starters right thought to senior management.

“Approved hospitality apprenticeship programmes are available from entry to higher levels. More standards are being developed now, including a plan for a suite of apprenticeships specifically designed for licenced operators. If we work with the new system we can use it to address the much publicised skills shortage that affects the Hospitality Industry – this must be a good thing.”

Kate Nicholls, chief executive of the ALMR, added: “Introducing additional regulatory costs for businesses is going to put them under additional strain, particularly in a labour-intensive sector such as ours

“The timing of the levy, coming shortly after the EU referendum and while business and consumer confidence still needs a boost, could scarcely be worse. This is a time of economic uncertainty for UK businesses, not a time to be introducing significant additional costs at such short notice.”

Amanda White, Manchester Metropolitan University programme leader for hospitality entrepreneurship said the university had responded to accommodate the need to offer apprenticeships with a new course starting in September 2016.

“Manchester hospitality industry has grown significantly in the last few years and the big issue of retention of staff, especially general managers, is just as much at a crisis point as in London.”

Around 15 students from multi-operator employees – including those from Pizza Hut – are the first to take up the course in September. But White is hoping independent operators will take advantage of the government funding from May 2017.

FSB is organising an event in Manchester this autumn for small business owners seeking more information about the new apprenticeship system. For more information email: robert.downes@fsb.org.uk 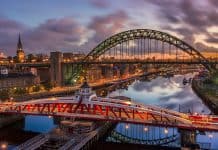 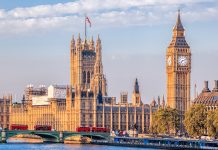 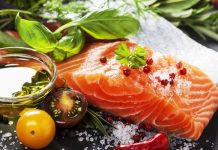 Rump of Lamb with Brussels and Chestnuts