THE hospitality sector will face a shortfall of 60,000 workers a year if migration from the European Union is too tightly controlled.

THE British Hospitality Association (BHA) said that currently 60,000 workers were needed a year – in addition to the ongoing recruitment of 200,000 workers required to replace churn and to power growth generally.

The report by KMPG for the BHA said that nationals from the EU make up nearly a quarter of all jobs in this sector. The hospitality industry represents three million workers and about a tenth of the UK’s economic wealth.

It warns that it will take 10 years to reduce the need for EU workers via the training of British staff, targeting older workers and encouraging younger people to take up jobs.

Currently, 75% of waiting staff in the UK, 37% of house-keeping staff and a quarter of all chefs are from the EU.

“It is clear from the KPMG report that hospitality and tourism face major problems in recruitment if there is any major cut in the number of workers allowed to enter from the EU,” said BHA chief executive Ufi Ibrahim.

“We want to avoid there being any cliff edge but the Government must be aware that in the medium to long term we will still need considerable numbers of EU workers, who have contributed so much to our industry and the UK economy in general.

“We are aware of our responsibility to encourage more UK nationals to see the career opportunities available in hospitality and tourism but we do need the Government to play their part too, by recognising our employment needs and recognising how important this industry- the fourth largest – is to the country.” 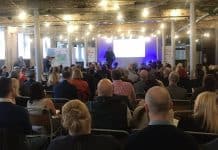 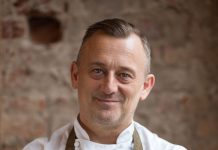