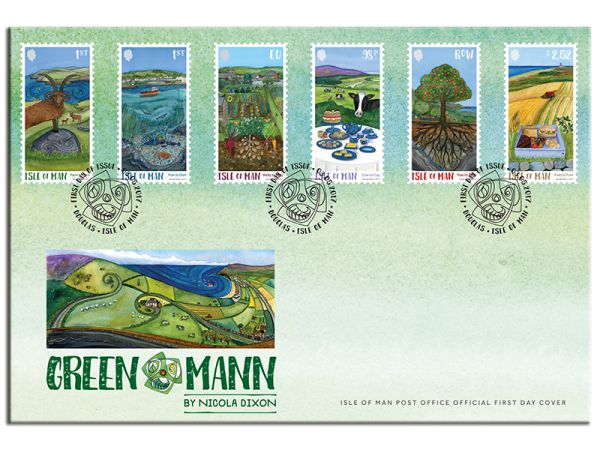 Once the holiday destination of choice for the Victorian bourgeoisie, the Isle Man, 40 miles off the coast of North West England, has palm trees, the oldest horse drawn tram in the world, roaming wallabies and Manx cats. The government is out to promote and export the island’s wealth of food and drink, think Manx Loaghtan lamb, queenies (scallops) and traditional Manx kippers. But did you know that the TT Motorbike Race leather clad bikers are used as the main ‘taste testers?’

The island’s growing and inter-dependent food and drink entrepreneurs have spent the last few months creating and tweaking home grown produce in an attempt to turn the men and women in leather into guinea pigs. They hope that their word of mouth will tell the world about what the Isle of Man has to offer.

Even the indigenous Manx Loaghtan sheep with their signature horns look like they were designed especially for the participants in the famous TT Motorbike Race (May 27- June 9). 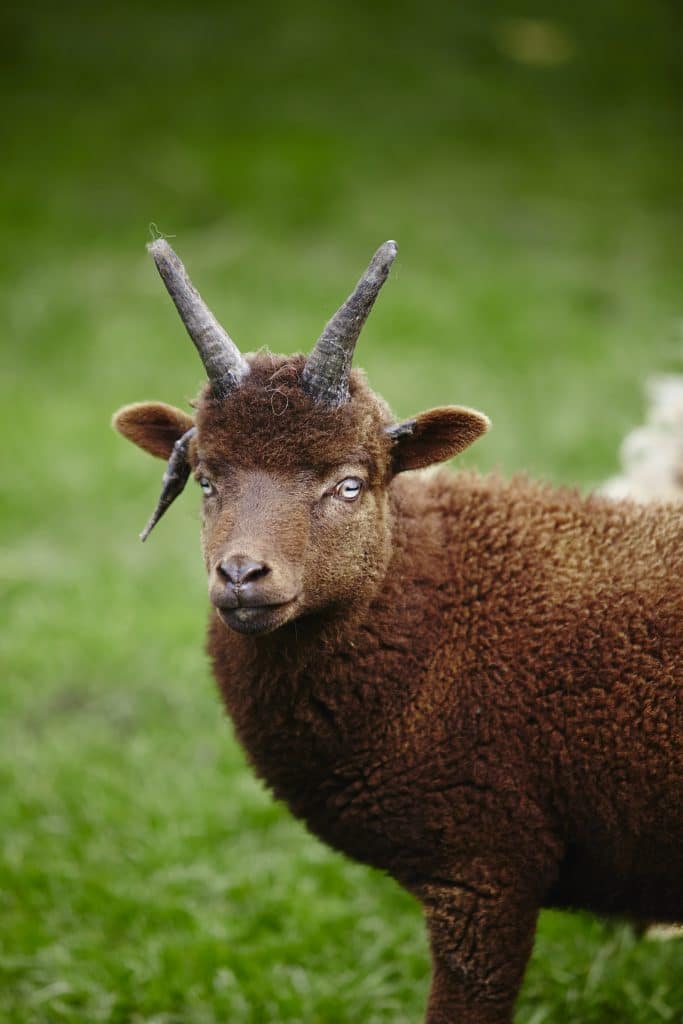 The Department of Environment, Food & Agriculture (DEFA) is heavily investing in its food and drink sector. Its Food Matters strategy aims to grow the food and drink sector by £50million by 2020, including increasing its export market. This is a target for growth of 40-70%. The food economy is currently around 2% of GDP and the aim is to increase it to 3-3.5%.

DEFA, under the leadership of chief minister Howard Quayle, last month launched new grants, provenance labels and limited edition foodie stamps, to endorse food that is either Manx produce (grown on the island) or, for goods processed on the island (coffee for instance).

The island’s favourable tax breaks, lack of red tape, and access to £300k grants, have encouraged a range of entrepreneurs to set up artisan businesses on the 221 sq. mile island, situated in the centre of the Irish Sea. The economy is currently propped up by the financial and gaming sector.

“From traditional produce that’s been around for generations, and for which the island is known, to new and artisan brands, Isle of Man food and drink is flourishing,” says Quayle.

Some gems include Dave’s Delicious Dogs (frankfurters and Bratwurst made with Manx hormone and antibiotic free meat from Ballakelly Farm in Andreas). The hotdogs are sold in London’s Savoy, The Dorchester and all the Cote Brasseries; traditional biltong made using Manx beef; chorizo from Tamworth pigs, Bifrost Manx VS Cognac vodka, tea and coffee (processed on the island); honey (Manx bees can be exported as they are disease free); quality spices and traditionally made Manx cheddar.

Their entrepreneurship is complimenting the Manx traditional food heritage, where Kippers still hang on tenter-sticks in the original 19th century smokehouse. The sought after queenies are trawled 12 miles around the island’s swirling coastline. They are the only seafood product in the British Isles that are traditionally produced, prepared and processed in its entirety within a specific region. 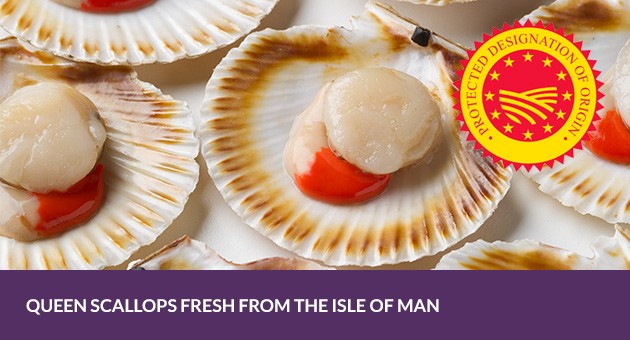 One could say the fishing industry itself is an exporting success story; the sector has increased from £75m to £91m in three years (exporting to Asia and Europe) with £2m worth of whelps going to South Korea.

The Isle of Man is part of the British Isles but not part of Great Britain or the United Kingdom. It is a self-governing Crown dependency of 83,314 people. The Queen (Elizabeth II) appears on the local currency – but without a crown. She is Lord of Mann not Queen. They also still have £1 notes.

It boasts the oldest continuous parliament in the world, founded by the Vikings in 979AD and holds UNESCO Biosphere status demonstrating a balanced relationship between people and nature.

Some residents commute an hour to London City airport by plane. Others have taken the plunge to leave the rat race to make the Isle of Man their home. We discovered a former intellectual London property lawyer making chorizo from rare breed Tamworth pigs to an Australian-born oil rigger making fantastic rhubarb or elderflower sparkling wines.

The pro-activeness of the government helps the food and drink industry evolve at the speed of light. For instance, when the local soda bread baker (proprietor of Noa Bakehouse, Miles Pettit) wanted home-grown rye flour, the local farmer started growing it immediately, underwritten by the government.

It helps that the government officials are readily available: “every producer can get access,” says Quayle, our private numbers are available.” Quayle has his own award-winning herd of pedigree Aberdeen Angus cattle, but although he has been president of the Manx National Farmers Union, I am not convinced he would appreciate a midnight call.

With no current membership of the EU, therefore, no agricultural funding, it appears Brexit is seen as a positive for Manx’s exporting potential, although the downside is the price of imported European ingredients have increased dramatically for the likes of Peter Birch, the founder of The Original Manx Fudge Factory. “Belgium chocolate prices have shot up,” he says.

Birch sells nearly all of his 48 different handmade fudge varieties on the island via corporate gifting and surprisingly a huge amount via the TT shirt shop.

Noa Bakehouse is the hub of the island; Pettit is a returner with his young family. He learnt to bake soda bread whilst working in the film industry in London. He is definitely kept busy. On our morning visit, he had just finished making 100 Croissants (using Manx butter from the Isle of Man creamery made from grass fed cows), for a commercial firm’s breakfast meeting. Providing for business meetings is big business. We were the lucky taste testers for his pastries and the lightly spiced sausage rolls made by former lawyer, Tracey Ridgeway of Close Leece Farm. The sausage rolls were being perfected in time for the TT race.

Ridgeway also supplies Noa with 70,000 out of the 220,000 eggs she sold last year from her 800 strong flocks of chickens fed on Allen and page Smallholder pellets. The chickens are allowed to roam free on chemical free grass. A former Londoner, she also makes fresh mayonnaise, scotch eggs and soap from raw goats milk, Tamworth lard that she sells at the highly successful weekly Food Assembly that takes place at Noa’s every week. This is where we tried her new experiment – Tamworth chorizo. Well, we just had to go back for more.

Also at the Food Assembly, there was yoghurt from Kirree Callow’s The Dairy Shed, apple soda from The Apple Orphanage, started by former art students, Charlotte Traynor and Will Fauld. The venture began on Fauld’s parent’s orchard and now they have started taking donations from apple tree owners across the island, who receive juice in return.

On a tour around the island, we discovered the Hooded Ram Brewing Company and tasted gems such as Black Pearl Oyster Stout, a classis smooth, dry stout with Oysters added in 3 stages.

With a listing for its range in Oddbins the company is now on course to brew 10,000 pints a week with new investment including an introduction of cans to complement its handcrafted bottles. Hooded Ram were the first to print 25,000 bottles with the provenance label.

A visit to Foraging Vintners wine bar at The Old Coal Shed at The Breakwater Port Erin, which launched in April 2017, is the ultimate outcome for Australian former oil rigger Ian Swindell and his wife, American former lawyer MaryBeth Coll.

The couple, who have lived in the island for more than five years, are also developing a winery making wine out of elderflower and rhubarb.

The self-taught couple started making wine in a tiny wooden shed as a hobby to share with neighbours and friends and the business concept grew from there.

We tasted the rhubarb sparkling wine, the colour of Provence rosé. The rhubarb is sourced from the West Yorkshire triangle at the moment but Swindell is sure someone on the Man will be growing rhubarb soon.

The bubbles were tight and consistent and the taste was not at all sweet with a balanced acidity. It is definitely a fantastic aperitif or perfect wine to have with a cheese board.

Swindell says: “We want to do sea cellaring to age the wine underwater. The water temperature is perfect at around 10 degrees. We will use special cages and hopefully we will have a bottle with barnacles growing on it.

“AS an Aussie, I am also going to put some lobster pots out there too” he says, pointing at the pristine harbour. “Lobster on the barbie with rhubarb wine. It’s a match made in heaven.”

With the island becoming totally interdependent and eventually self-sufficient, who knows, one day we could see rice paddy fields? Maybe not, but don’t rule out the quinoa.

We discovered the gems of family-run Tanroagan Douglas seafood restaurant serving locally-sourced produce and beverages, fresh and direct from Manx waters and suppliers. The name Tanroagan comes from the Manx Gaelic for scallop shell. I tried the queenies. They were so sweet and my colleague ordered the fresh lobster, cooked to perfection. A must visit. 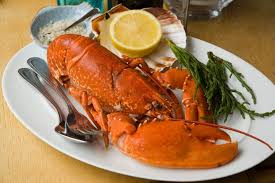 The Sound restaurant: With its spectacular view of the Calf of Man. Maybe you can spy on the only person living on the calf from the sweeping bay windows. This is a great place to stop for coffee, cake and sandwiches.

Dinner at 14North: part of the Rock Food Concepts group, founded in 2010 by Phil Taylor. The group also operates Bath & Bottle cocktail bar and Little Fish Café. 14North showcases the finest produce the Isle of Man’s farmers and artisanal suppliers have to offer.

Noa Bakehouse: The hub of the island with an industrial feel. The best baked goods in town with fantastic full English breakfast and great Manx coffee. 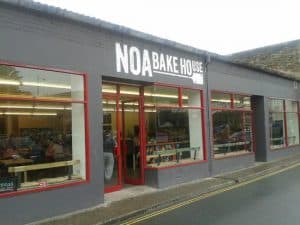 For more information about Food Matters go to: iomfoodanddrink.com 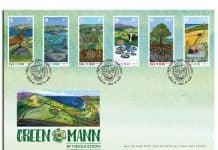 Where are the top gastropubs in North UK?