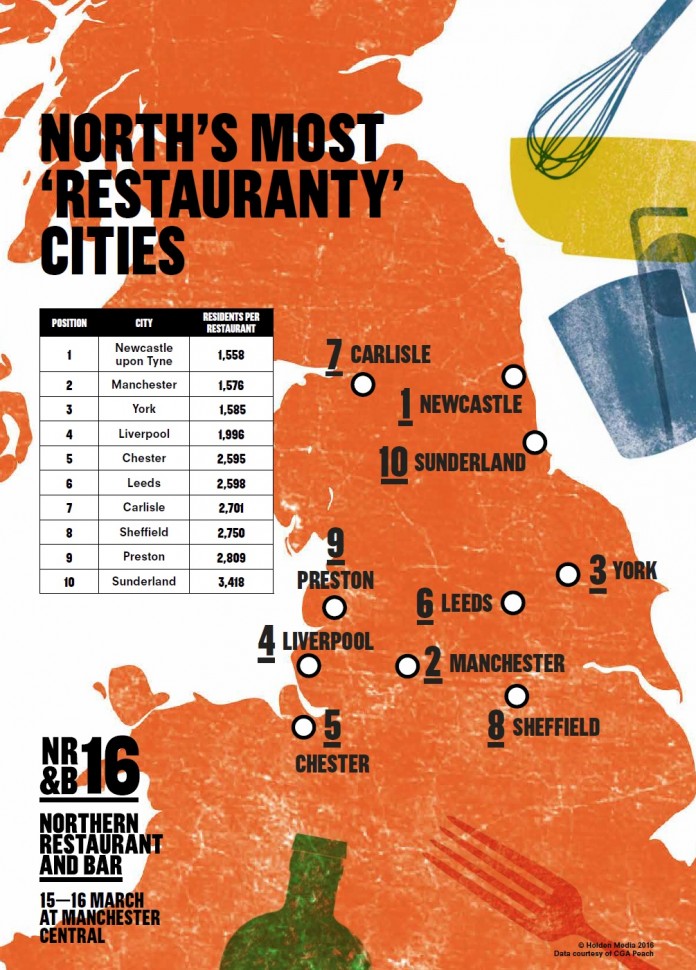 Closing the gap with London…

THE restaurant scene in the North is booming with innovative chefs choosing to open restaurants in the North of England rather than London, new research has revealed.

Newcastle pipped Manchester to the top spot with the greatest density of restaurants, whilst York claimed third position.

Research conducted by Holden Media, the organiser of the Northern Restaurant & Bar Show, and hospitality insight business CGA Peach, identified the 10 northern cities with the greatest density of restaurants based on number of residents per restaurant.

This is compared to London’s restaurant density of 1,353 residents per restaurant, highlighting exactly how close the leading Northern cities are getting to competing with the capital.

A surge in new openings in recent years also means that the numbers of residents per restaurant in the North as a whole fell by 18 per cent between 2011 and 2015, compared to a decrease of 13 per cent in London.

Thom Hetherington, CEO of Holden Media, said: “London is a global gastronomic city, but clearly the North of England is catching up at a rate of knots, not least because it is possible for cash-strapped but talented chefs to set up their own ventures and cook their hearts out for an appreciative audience.

Michael O’Hare, finalist on Great British Menu and Michelin-starred chef-patron of The Man Behind the Curtain in Leeds, added: “The Northern food scene is very much in its infancy. Look at the region’s top restaurant – The French, The Man Behind The Curtain, The Black Swan and House of Tides. 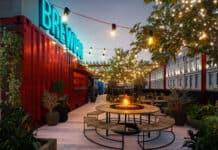 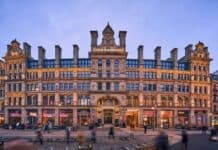 Order less or take a doggy bag home – to save...