Viura is the indigenous grape varietal in Rioja, Spain – known in other parts of Spain as Macabeo. It is one of three white varieties permitted for use in White Rioja by the D.O.Ca. of Rioja (the governing body of wines from the region).

Akemi Viura 2014 is categorised by the vibrant and lively expression of the clay and limestone-rich soil, in which it is grown. The wine is aged for six months in oak and for an additional six months in bottle prior to release.

The name Akemi means ‘beauty of dawn’ in Japan.

Who is behind it?

A chef! A Spanish chef with a passion for Japanese food, hence the Japanese name and brand design.

Félix Jiménez was born in 1977 in La Rioja, Spain and is well known for his fusion cuisine blending traditional Japanese dishes with Riojan ingredients. His signature dish is Ramen.

After graduating at The Advanced Catering College in La Rioja, Jiménez began working in Versailles (France) in the well-known Le Moliere restaurant.

Jiménez worked in some high end restaurants on his return to Spain:

During his time as head chef at Tahini, Jiménez trained with grand master Yoshikawa Takamasa, known as one of the best sushi chefs in the world in Japan. Takamasa taught him that:

“Devoting your life to sushi means a life style where you have to turn your soul in to get a real sushi full of feelings.”

In October 2015, Jiménez opened his own Japanese Restaurant, KIRO Sushi in Logroño (La Rioja, Spain). Here, he creates traditional Japanese dishes incorporating Riojan ingredients. Everything is cooked in front of his guests using the freshest and finest ingredients and there are no waiters to serve diners.

With such a colourful cooking history, it is no surprise that Jiménez teamed up with the family-owned vineyard Ontañon, located in the high mountain slopes of the Sierra de Yerga, just south of the River Ebro in Rioja baja, to create his wine range.

It is unusual to see a 100% Viura. Normally it is blended with around 5% Malvasia to produce a classic white Rioja. This indigenous grape, in the wrong hands, can produce rather neutral tasting wines. But skilled winemakers manage to preserve the grape’s natural aromatic freshness and produce wines that are enhanced by oak maturation rather than overwhelmed, and that is what we saw in this fantastic foodie wine.

The wine displays ripe tropical fruit aromas with citric floral notes. It has a voluptuous mouth-feel, reminiscent of tropical fruit, grapefruit and a touch of white pepper. It is well balanced, with a fine line of natural acidity and a round, full bodied mouthfeel.

What will it pair with?

Jiménez needed a wine with aroma and acidity to match traditional Japanese dishes such as Ramen, and Nigiri eel cooked in a Japanese broth. The wine also pairs well with seafood, fish, cream-based pasta sauces and roast chicken. 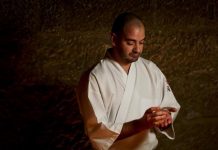 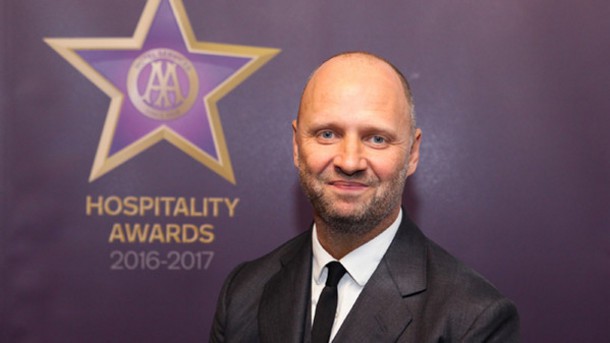